What is about to happen...

I am sorry it has been a little quiet here. The new store is keeping us all busy, and the KF Council and I have been working very hard to get things sorted, but the result is I now have a ton of information for you! So lets get right to it :)

First up, the store: As promised, we are going to be functioning more and more like a normal store. The more observant of you will have noticed we have added Jedi and Cantina Cuts to the store, absolutely wicked releases from my good friend Edd Jedi, and there will be more getting added soon. As a side note, if you have made an order for these and you are US based, I have not received them here in the USA yet, as we send all records together to save on costs. But your order is coming, I promise, likely with the new releases....And that brings us to...

I was a little torn on how to do the release from here on out because we are not quite a normal store, and not quite just a label any more. A normal online record store would just release new music every week and customers would buy what they wanted, easy peasy. But we are not at that stage. And i still want to save you all postage where I can. So with that in mind, I am trying to group releases together. This means that future updates will sometimes have 3-8 records added to the store at once.

I am very aware that we cant all afford to buy all of everything at once. Still, it seems better to me to drop 8 vinyl EPs at the same time than to do 2 releases a week for 4 weeks, because those of you that DO want to combine postage on larger orders can do so, and those of you that would like to stagger thier purchases can do that as well. To make this better, I have extended the time between us having them for sale, and records being sent to the distributor. This means there will be more time for you to get what you want!

The bottom line is this: Yes, there will be more records dropped at once - we are a growing store of many labels. BUT we will have more stock for longer, so things will remain available for longer.

Well...except for some things, which brings us to whats coming on Monday, and off we go.

ALL OF THE BELOW RELEASES ARE LIVE AND AVAILABLE FROM SUNDAY 23rd / MONDAY 24th!

First up are the new KFWs! As we all know, these fly fast.... 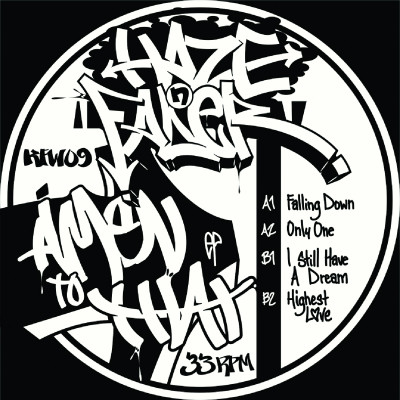 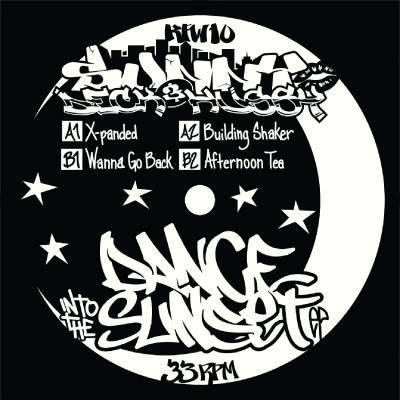 Both of these EPs are as stunningly good, as you would expect. Haze'n'Fader are a relatively new addition to the label, but thier EP has the skill and confidence of old hands. And Sunny & Deck Hussy's last KFW now sells for $45 or more on discogs, and this follow up? Even better...so....yeah. I wouldnt sleep on these!

Next up we have the first release on the brilliant new label run by my dear friends and KF Council crew Bradders and Lowercase. The EP is by Dj Beeno & Aeon Four, so you knwo excellence is in its genes. And as with the KFWs, this is a 200 press, so will be gone very fast, most likely: 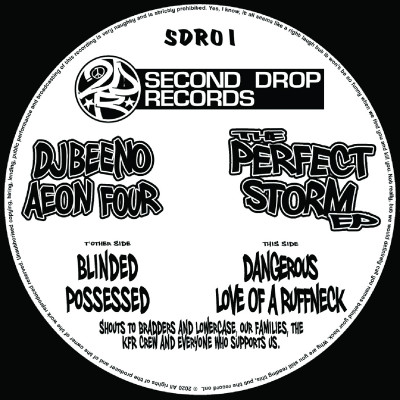 Of course many of you are already scrolling along thinking "WHERE ARE THE JUST ANOTHER LABELS???" well hold up, they are here too, but we had an issue with KJAL01 so that has been postponed unfortunately. Still, we have the brilliant 02 and 03 as planned: 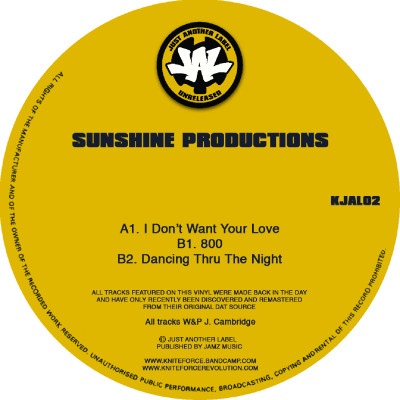 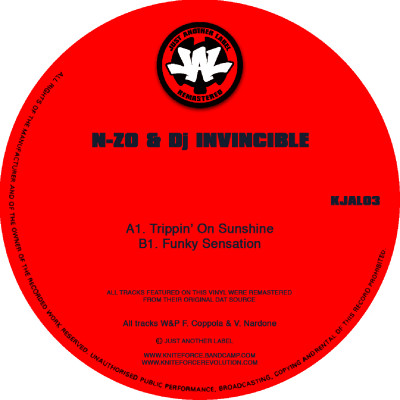 I am not sure there is much I can say about these, because they are classics and you definitely want them. Lovingly remastered and never before released? No question. but I will point out we have limited numbers, with only 300 of KJAL02 coming, and a little more of the other two. We can repress if needed, but there is no certainty that we will!

Lastly, we have a limited K Records release for the VIPers... 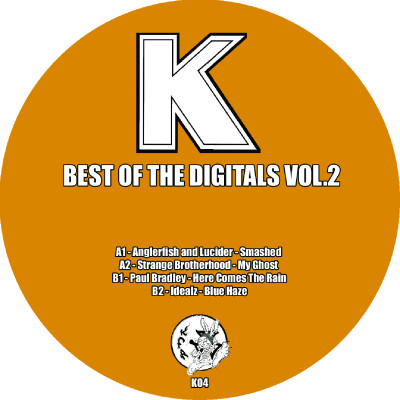 Some absolute winners from the KFA back catalogue on this one, and only 100 pressed. This will be exclusive to the VIPers for 2 weeks, and then any left will go on sale to the general public...

Okay, so thats the new releases.

Lets talk about some other things!

First up, the KF Slipmats! I have been asked about these a few times, and I really want to get them on sale asap. My plan was to have them available on Monday with the new releases but the site doesnt have a place to put them yet. In other words, we dont have the merchandise section live. So they will have to wait, but as soon as I can, I will!

Next up, if you have been Facebooking, you will see we are relaunching Influential Records. This is so we have an outlet for ALL Jungle and D'n'B styles, with the label covering the years 1992-1998 and everything from early Reinforced type business, to Dj Crystl amen darkness, to early Ram records, to full on X Project style Jungle, right up to early sounding Jump Up before it became just awful ha ha. We at KF love those styles, but we had nowhere to put them, so Influential seems like a good place to do that, and the first one has gone to be cut!

I have recently done a long, 2 hour interview for my friends at the R.O.A.R podcast. the first part will be out on August 28th, but if you need something wicked to listen to, you might wanna check out thier previous episodes that feature legends I have no business being in a lineup with: Fabio & Grooverider, and Slipmat! Check it out here:

I am busy working on a new book, and its due out by Christmas, with all going well. Like music, you can never tell if the finished piece will be good enough for release until it is done, but unlike music, it takes a lot longer before you find that out ha ha. Its called The Rave Commandments, and I am 1/3rd of the way through. I hope to have the first draft finished by the end of August / Mid September, and have it edited and ready to go to press by October. It will likely be sold with a special mixed CD. But as I say, it all depends on how it comes out. Its going well so far though!

"The Complete And Excessively Awesome Trip To The Moon Remaster, Repress And Remixed Box Set" (name change might be needed lol) is well under way. The plan for this is a 5 pack deluxe box set vinyl, it WILL feature the dubplate version of Trip To The Moon that is so sought after, and it is mindbendingly brilliant. If all goes as well, this will presale in November for an early December release!

Many of you have asked about the super Top Secret project and it remains Top Secret, but I will have a release date for you soon, and it will be in September - so keep your eyes peels there!

And I think thats all the info for now!