Its Blog Time! Hooray! Right, what can I drone on about today? Hmmm…a few things…so lets go!

New Releases and Things:
We have found a clever scheme which enables us to press 99 records and add labels and get the whole thing turned around in 6-10 weeks. This is ideal for things like represses of records that aren’t massively in demand, or if we have too much music that we want to get out sooner rather than later, or for limited edition 10 x Vinyl Luna-C Box Sets, or, for example, this label: 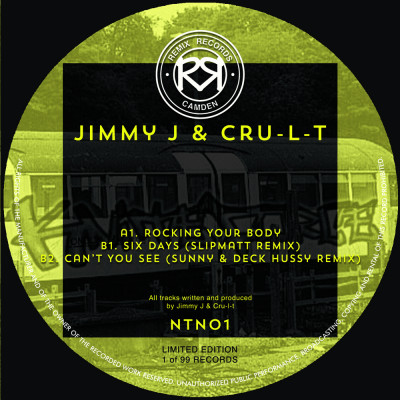 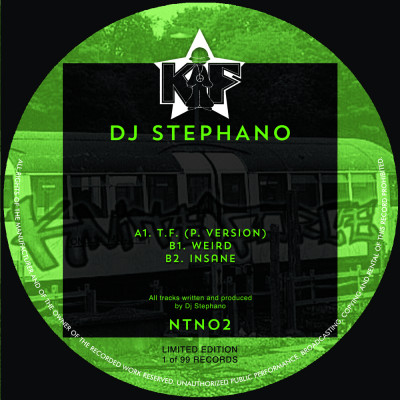 We have a few releases lined up on Nine-T-Nine Records, which is a label name I spend a good 42 seconds thinking about. And it is a label that can cover ALL the labels, hence the changing logo on each EP, dependent on what is featured on the vinyl. To do this is a little more expensive than doing a normal run - it's basically test presses with labels, so the quality is the same as a full release, but the number we can press is topped off at 99 - but it does mean I can offer exclusive vinyl releases for the VIPers. So fuck it, why not? The vast majority of the music will be exclusive or unreleased, sometimes things that were released digitally but really should have had a vinyl release too, sometimes stuff that might get us into trouble, and sometimes I will put stuff on there just for the chaos of it haha!
This way of doing things comes with some restrictions, but also some important pluses. And as a final bonus, it allows us to do some things we might not have been able to do before…
The fact we can only do 99 copies is a problem as I have never really liked the idea of NOT being able to let people get music. On the other hand, we all like exclusive things....so really its a question of how to make it fair. To do that, they will be strictly Kniteforce VIP only, and the only way to make this okay regardless of the time zone you live in is to release these randomly with no Facebook or email announcement. They will just turn up on the store randomly.

I expect the first two near the end of March.

This 99 pressing thing has also allowed us to try out some other fun things. For example, we have this amazing album coming from Doughboy. It is 18 brand new tracks, a few exclusive remixes on top of that, and his entire KFA / KF back catalogue on a USB drive in wav and MP3 format…But in this case, we are doing a very limited VIP ONLY bundle containing 99 copies of the USB album, and 99 copies of the 12” vinyl, which is 4 wicked new breakbeat tunes, and features remixes from yours truly and Phuture Assassins….In this case, we will no doubt release the vinyl properly very late in 2022, but not with the USB. 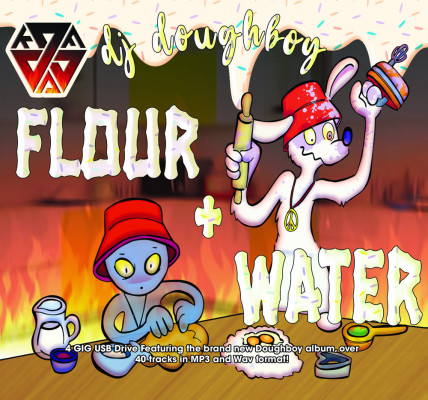 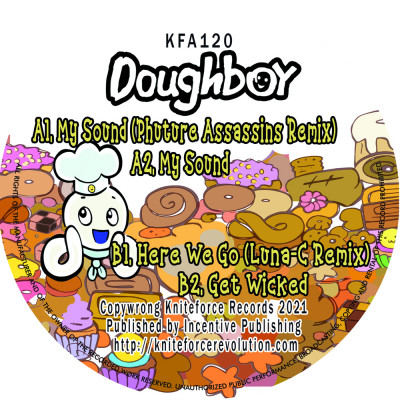 I know, this is complicated. But its going to get more so. Hooray! Haha. Some big and excellent changes coming.

The Store:
We will soon be updating the store to carry more stock from other labels, making it more of an actual store, and importantly, adding the “layaway” option where you can by and pay for the records but not the postage, and then add to your order and pay for more records, if you want to, and then when you are ready, pay for the postage and they get shipped. So this will require a little fiddling about behind the scenes, but we expect that to come into effect by the end of February. Particularly useful for our International customers! And we will need to change the front of the store to accomodate the greater number of releases in stock, so a slight change to the format is going to happen too. But both of these things will be big improvements!

Pricing:
Vinyl and all its parts have gone up in price, every bit of it from cutting to pressing to the card in the sleeves. Thats the bad news. The good news is Kniteforce has reached a point where we can afford to take a little less here to cover a little more there. So while there will be an average price for things, we are going to attempt to do it so where we can charge less, we will. As mentioned before, we are going to try doing things such as first week discounts on new releases, and lowering box set prices if possible. While we will start to stock other peoples releases - which of course means we have to match their prices and not undercut them as that’s poor behaviour - we will also be able to charge a little less for the things we manufacture directly. Its gonna be a bit messy at first, but bear with us, as always, we do our best…

Another Pressing Plant:
The good news is we now have access to another pressing plant based in the UK, so we should be able to get turnaround back to 3-4 months in total. We are JUST starting to put releases through the new plant, so its going to take a little while for all this chaos to settle down, but its good news!

Incoming:
Ok, so its still very hard to know what will come when, I have asked the pressing plant, and at the moment, all we are being told is “some in Feb, more in March, and insane amounts in April and May”. In essence, we are expecting between 10,000 - 30,000 records in the next few months. Probably closer to the 10,000 mark (although 1000 x a box set is 5000 units already and we have 5 of those on order...so...yeeeahhhhhhh). As we are currently awaiting over 100 titles, this is both a relief to hear and also terrifying. As soon as I know what is coming when, I will let you know. However, be assured that we have asked for the priority press to be on all the pre-sale items. So with any luck, those will show up in the next 4 - 6 weeks, and the House Crew Box Set (the “newest” of the  pre-sales) arriving early April. In the meantime, we have uploaded everything we need to the back of the store, so that as soon as things arrive, they can be made available.
I do anticipate pre-sales opening on a few more things: Dj Solo, The Nookie Box Set, and The Moondance Box Set, BUT I am really hoping to have accurate expected release dates before I do so or if possible, avoid doing that altogether. So for now, I am holding off. There is a good chance the Dj Solo eps will just…arrive...at any time. I have put the orders in on them and as they are 10” releases, they should be swifter. But we will see.

Knite Club:
Hold tight, we are going to be doing 2 or 3 events this year. Oh yeah…Kniteforce Raves. And I tell you now, they will be epic. You can get a small taste of what is coming if you come to hear us play at Bangface on the 8th of May, where we are doing a Kniteforce takeover. The line up for that one is Jimmy J, Phuture Assassins, Luna-C, Hyper On Experience, Pete Cannon, Sunny & Deck Hussy, Lowercase and Paul Bradley. Its gonna be a wicked night. We are hoping the first full Knite Club event will be on the 9th of July in London, although we are also looking at a smaller on in Bristol late April…as ever, we intend to take the rave format, the old skool vibes, but do something incredible with it. Keep your eyes peeled… 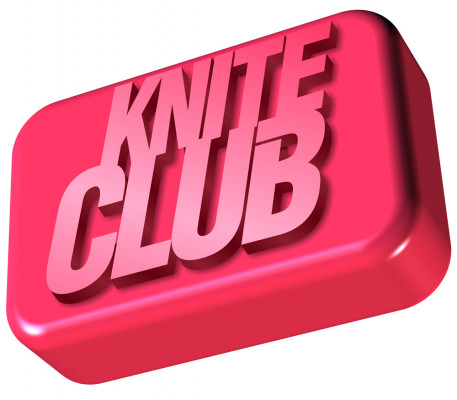 Other than that, there are a lot of major projects on the go, including USBs of the WoW releases, and other USBs from Propa Talent... 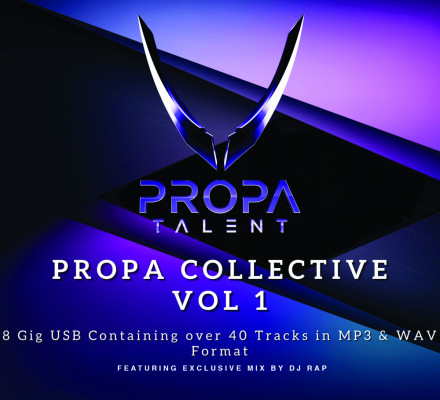 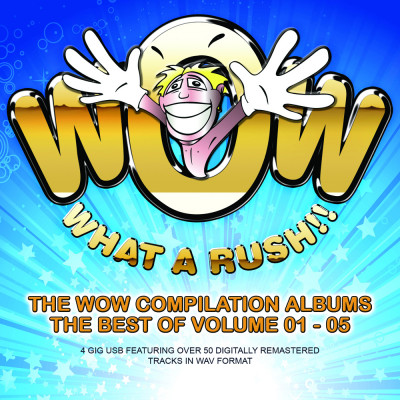 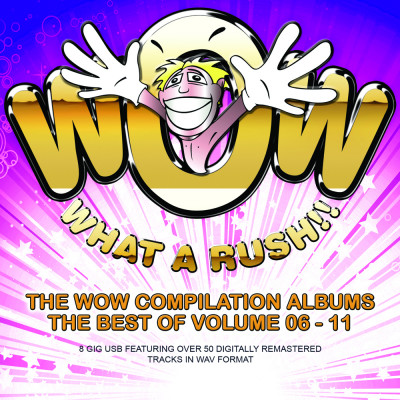 ...and Q Project, plus box sets from Luna-C, Jimmy J & Cru-l-t, Shades Of Rhythm, Acen's second set, The House Crew's second set, some epic business from the Criminal Minds and Isotonik…its basically gonna be stupendous. New EPs from Phuture Assassins, and many, many others. Great new music form KF and KFA artists coming too as well as our friends on Out Of Romford and Ruff Guidance and Propa Talent and Hectic and JAL…2022 is going to be a huge year.

Lastly...Kniteforce Radio is having a huge time atm. We are back on tunedin, we are on alexa and all those other objects that do things if you want them to, and more! We are doing weekly competitions where you can win music, records and USBs, test presses and ACTUAL MONEY! So dont miss out on excellent tunes from a bunch of oddballs and competitions galore...

Right, that’s the lot for today! Take it easy my friends!