Anyone who follows this blog regularly knows that I tend to get very excited and talk about all the things. And today we are talking about an album I have barely mentioned at all, even though it is seminal work by one of the leading artists in our scene, a legend in his own right, and all around thoroughly nice chap. I am of course talking about Liquid, and his brand new album “Lethal”. 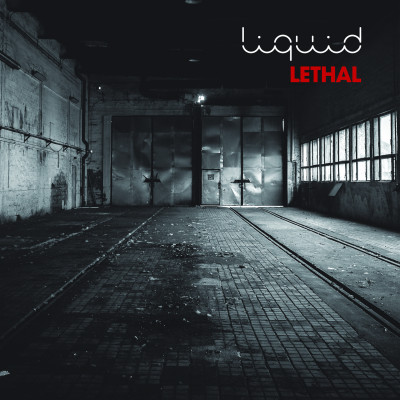 Why Chris? Why haven’t you mentioned it until now, the day of the pre sale?

There are a few reasons, but the main ones are that I wanted this album to get your full attention,, and because Liquid and I have been working on how to put this out for a while. It has been a tough one to put together because unlike most of the releases on Kniteforce, this is both full on, proper old skool business release of the sort of quality you would expect from a master of his craft such as Liquid, but it is also more than that.

What do you mean Chris?

Ok, look. Some things are just a thing. Other things transcend the thing they are. Does that help?

No Chris, it doesn’t. Please explain.

Alright - do any of you remember the incredible album “Leftism” from Leftfield? Well, there are similarities that stretch past artist and album names beginning with an “L” in that both albums come from a “dance act” if you like, based in what were smaller scenes, but both lean forward in a way that is entirely unique.
What Liquid has done with Lethal is make both an old skool rave record and something more. It features the expected super clean production and perfectly executed rave tunes, but it also has some brilliant song writing and some swerves into other styles and compositions that take it to another place entirely. This makes it a rare beast, one which can be played as part of a Dj set, and also listened to as an album rather than a string of rave tunes. It is very impressive and emotionally moving.
Simply put, this album is special, and while of course it is my job and my pleasure to advertise and push releases, in this case it is a joy to do so. I would love nothing more than to see this be a record that is embraced by the old skool and the DJ, but one that also breaks through to a larger audience. It deserves to do so - although deserve and success rarely go hand in hand in the music industry, unfortunately.

So what are you gonna do about it Chris?

Well, everything I can and everything I know how to do to tip the scales in its favour. We have designed it to be for sale as a double album stand alone, and as an incredible bundle made up of  the double album, a 10”, a 7” and a USB drive. We have got two of the most talented, and well known, and all around brilliant artists on remix duty - Acen and Ray Keith - for the limited 10”. The 7” is a very limited collectors item. The USB contains ALL the digital tracks from the new album and all the remixes, as well as ALL Liquids previous work on Kniteforce and his amazing Energy Flows album. 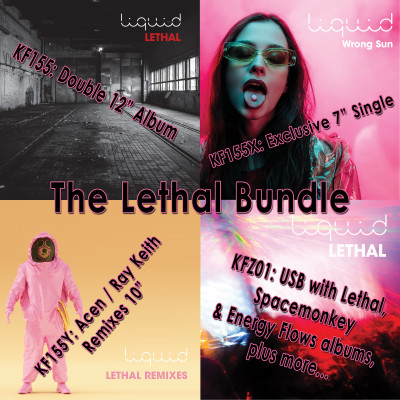 We have multiple videos coming out for this, and we have engaged a PR firm to try and make this album leap the tracks. Perhaps even get some mainstream attention. Now, if you know me or Liquid (and if you are reading this then I assume you do) then you know neither of us have any real interest in fame or glory. We love music, and we love the old skool, and our aim is always to make the best releases we can. But you know, this scene of ours keeps growing, and if anything would be a great representation of what we are capable of, it is this album. So yeah, I want to sell a load of this, and I want people to love it, and if it can do more than that, no one will be happier than me. Except possible Liquid, haha!

So this whole blog is me asking you to support this release. And by support of course I mean buying it, but I would also really love it if you shared videos and talked it up and were as excited about it as I am. If you are going to by this, here are the links:

But Chris, why did you spend the whole time talking to yourself?

Firstly, shut up, and secondly, I have genuinely gone a bit mad, so cabbage to the lot of you. Anyway…

This is a very special blog, and I wanted to keep the focus on the Lethal album, but after concentrating on the above, I thought I should update you on all the pre sales. I think I will have a “PreSale Update” at the beginning of each blog from now on, as the vinyl industry is such a mess and information changes regularly. So here is todays… 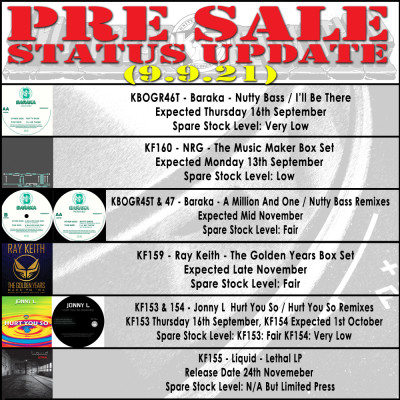 So to be clear: We are expecting Baraka - Nutty Bass, NRG Box Set, and Jonny L - Hurt You So Original to arrive next week. We will of course send everything out as fast as humanly possible.

Also to note: Baraka, and the NRG Box Set are running low, so if you want those, you need to move now. And so is the KF154 Jonny L Remixes.

And thats all for this week....