Lets talk about The Criminal Minds...

You know, for me, the last 18 months in this industry was a bit like slowly gathering a great number of exciting objects, all different shapes and sizes, and holding them carefully so you dont drop them, as you walk up a very steep hill towards a table to put them on. The aim being to share with everyone all these glorious things, and show how wonderful they are...But just as I was about to put them down, the table would vanish and reappear another five hundred feet further up the hill. So I would just have to keep walking. A few times, a little shelf or table would appear and I could point out one or two of the amazing things, but mostly, the majority of what I was carrying just had to keep on being carried.

Im bored of this analogy. Lets move on lol...

This is a big deal, that is also a big deal. The more dedicated Kniteforce fans will have seen we have so far had two brand new singles appear...but only as a very limited number of test presses. They came, they sold in under 3 seconds, they were never heard of again. Because pressing records for the last 18 months has been, as mentioned before, a ridiculous "uphill and no table" task. So instead of "test presses and then BOOM single, single, album" it was "test presses and then BOOM...err....hmm....pom pom de pom, doodle doodle doo...." lol

What was meant to happen with The Criminal Minds was this: Brand new single, follow up single, double album, remix EP, remastered back catalogue, and much happiness and excitement to be had by all.

Instead we had the two test presses and then we have been sitting on our hands...waiting...

This superb deal with the Criminal Minds is far from the only very exciting and massively delayed thing, as many of you will know. I have EPs from the old skool don NRG / Liquid Crystal (Chromatic EP 4! I kid you not) and new music from the legendary Ron Wells, a killer EP Hyper-On Experience, Acen's new Box Set and so on and so on...Those are all things that should have been cut by now. But they had to wait as we were, and are still, awaiting so many other projects that were already cut - Nookies glorious forthcoming Box Set, Wots My Code represses, Pennywise, Bay B Kane represses, Jonny L, Sunshine Productions, Bad Onion...plus stuff from KF hero's such as Beeno, Sunny & Deck Hussy, and then Alk-e-d has new material, Paul Bradley, err...me......the list is so listy that again I have to refer back to me carrying all the exciting objects that I am dying to show you but cannot cos of pressing delays.

But...pressing delays seem to be at the tail end. The new pressing plant is occasionally a few weeks late. But compared to MPOs standard of 3 to 18 months late, I am content haha. And the records are high quality and flat, which is also like, expected and as it should be...But most of all...they are coming...a lot of records are coming.

And so, with the knowledge that records are arriving and will continue to arrive, I can finally start cutting new material. Which means I can finally talk about new projects...which brings me neatly back to The Criminal Minds.

There are very few advantages to massive delays such as we have had. But one of them is, in this case, the ability to hone the ideas down, and pull things together to take what was already a pretty wicked deal and turn it into something truly magnificent.

So now what we have lined up? Its jaw droppingly good. In the next few months you will see the first EP land: 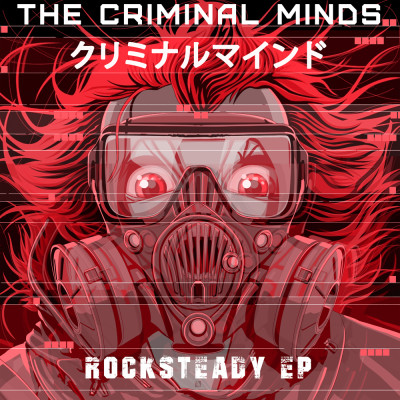 And then the second EP: 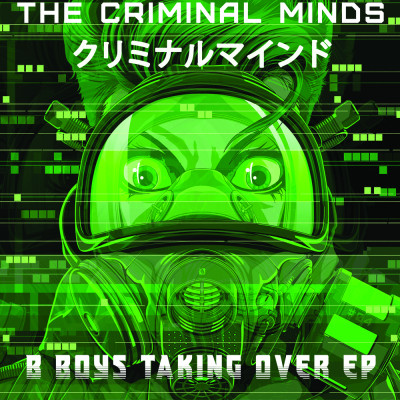 Both of which are simply brilliant. One of the things I most enjoy about this industry is how artists will carve out a sound that is unique and distinctly thiers. Only Acen sounds like Acen, with his playful beeps and ridiculously wicked beats. Only Hyper-On Experience sounds like Hyper-On Experience, with their other worldy ability to make rave music that sounds...well...other worldly lol. And The Criminal Minds? They have always seemed to be able to make rave music that is, somehow...hip hop. There is a street weary, rough kind of B-Boy sound to a lot of thier music which is both rave and hip hop and ends up being distinctly The Criminal Minds.

So its a pleasure to have these two new EPs and I cannot wait for you to hear them in full.

But it gets better, cos after they drop, we have their new Album "Genre Non-Specific" which is non specific in genre lol. I mean, sure, its proper old skool rave, but it is more than that. I know you are all gonna love it. 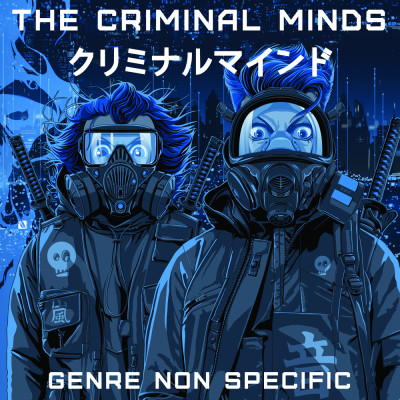 And although I don't want to give the game away too much, but I will just add we have a bunch of amazing remixes to go with the double album, from Pete Cannon, The House Crew, Blame, Bay B Kane, Ron Wells and more... 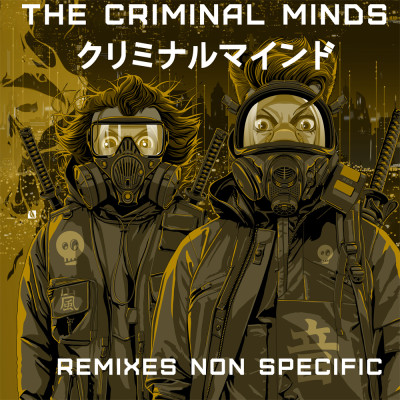 And that we are also gonna do some represses of older material...and remaster the entire back catalogue, and have a full digital release of that too.

In the end, this is classic music from a classic act, and I felt like I needed to do a blog post about it because its a huge deal. I am very excited to be putting this music out, even if its now about 12 months later than it should have been just because of the general situation with record pressing. And I am hoping you read all this with the same excitement I feel about it.

And theres so much more...2023 was always going to be pretty good - I had plans, and deals, and schemes, and ideas...but now 2023 seems like its going to have a bunch of 2022's awesome but delayed projects, and, well, that means it is shaping up to be possibly the best Kniteforce year ever.

Anyway, something to read on a dull Monday, eh?