This is a quick little blog to talk to you about Kniteforce Prime. Here is a video about it...

But I wanted to expand on this a little. I talk to a lot of producers and Djs in all styles and of all ages, and the one thing that they all really seem to agree on is that the years 1990-1995 are the most incredible, informative and groundbreaking of the scene. We all love the early years, when the music spread its wings and really found its unique voice. Voices actually. Thousands of them. The amount of variety those early years had is astonishing. So it is no surprise that the resurgence in both represses and new material and new remixes is so huge and so popular right now, and that it only seems to be growing.

But I have noticed something a little odd. Despite the overall love for that era, the first few years in that group are hardly represented at all. There is a huge variety of 150-165 bpm old skool out there, covering all the styles, jungle, rave, and more, on a multitude of labels. But when it comes to the groundbreaking earliest of music, the style that dragged almost all of us old skool heads into this music, there is very little. I am talking that 1990-1991 era. I am talking Njoi, Shades Of Rhythm, T99, Cubic 22, R&S Records, Frank De Wulf, Shut Up And Dance, Rhythm Section, Congress, Bizzare Inc, SL2, Bug Kann & The Plastic Jam, Rebel MC, Xray Xperiments, Quadraphonia, The House Crew, Teckno Too, Sonic Solutions, Second Phase, Baby D, Xstatic, Nebula 2, LFO, Mark Summers, on and on it goes. These are just the ones I thought of off the top of my head. This music, this era, was the very foundation of what was to come and really, what is now.

When I was involved with Smart Es, and then when I set up Kniteforce Records in late 1992, these were the artists and that was the music I loved, and those were my references and my inspiration, and they still are actually. Sure, my label quickly moved up in speed and style, along with the rest of the scene. Things changed at an incredible pace back then, and the difference in the music between 1990 and 1993 is vast, even if it shares the same fundamental originality and uniqueness. But still, here we are in 2022 and…where is that era's representation? Where are the artists making that stuff? Who is releasing it?

Now, I am sure I have missed a few artists and labels doing exactly that, but I know that on the whole, it is nowhere near the scope of everything else going on at the moment. And that doesnt seem right to me. For myself, I love that music so much that I did the first Industries of The Blend release in that style, and found myself more and more going back to the slightly slower, slightly earlier sound. Perhaps this is because I have made so much music in the styles of the later eras, or, more likely, I think that original style still calls to me as it always has, and now I am finally able to answer that call.
And I am not the only one. I have mentioned this to a large number of artists and producers and customers, and in every case their response is “I LOVE that sound”…

And so, Kniteforce Prime. The word “Prime” in this case is standing for “First” or “Original” rather than “Best” but I will be happy if it is all three of course lol. The aim of the label is to bring back and reinvigorate the music from 1990-1991. So it will feature both the bleepy techno stuff as well as the slower piano and breakbeat stuff. There is such a huge variety to go with, and already we have 8 releases lined up, with music from Innercore, Dee Sub, Children Of The Sun God, Liquid, Sunshine Productions, Rise Of Empires, Alias 303 and many others. As you can see, we have new and old artists here, and I have spoken to some other big name artists who are keen to try their hand at it too. I have no doubt an Industries of The Blend EP will appear on Prime sooner rather than later as well....

The only question is - will it sell? I don’t know the answer to that. The bigger question is “Do I care if it doesn’t sell?” lol. And while the answer to that is a resounding "Nope", I will be a bit disappointed if people don’t buy Prime, because, damn it, this music is incredible and I will just be very confused lol...but you know what? I will keep doing it anyway, the same as I ever had. Because even though its 30 years since I got into this industry, my attitude remains the same:

Music for the love of it. Truth in Art.

Anyway, check out the two new releases when you can, they are released this Thursday, the 17th of March. Both Innercore and Dee Sub have done stellar and incredible work nailing that original old skool vibe. 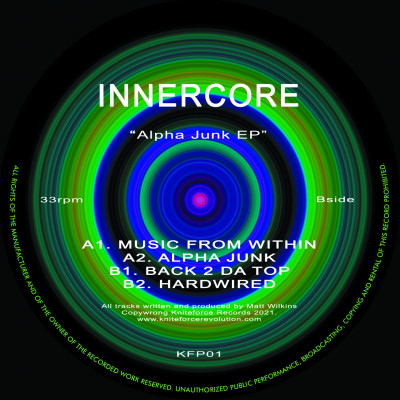 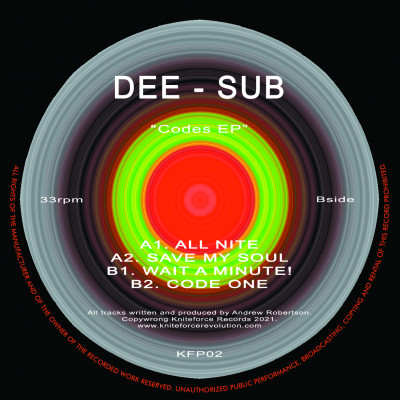 And in April, we will have the two magnificent follow ups... 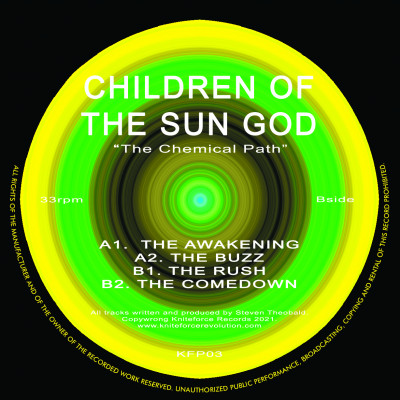 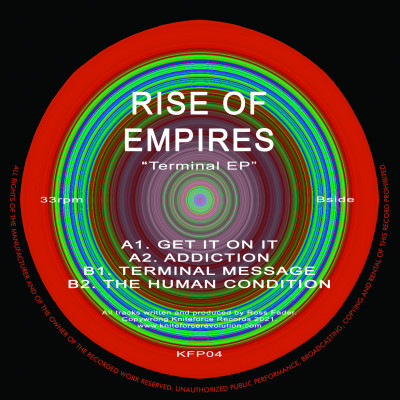 I have done all I can to make sure the label is represented in the way those old skool tunes were released - they come in a shrink-wrapped, Prime sleeve with a spine and a white inner sleeve, just like those classic imports from back in the day. All in all, Kniteforce Prime is a homage to those years, and hopefully, a clarion call to all producers who want to try this style. Bring it on, bring it forth, lets party like its 1990!!!