Wow, do I have a lot to talk about today. In all my years in this industry, I can’t think of a busier time, except for maybe when Smart Es was riding high in the charts…maybe…but even then I spent a lot of time just messing about (no, never, I can’t believe that!) whereas right now I barely have time to think (again, surely not lol)…

Right, so first up, lets talk about:  Knite Club 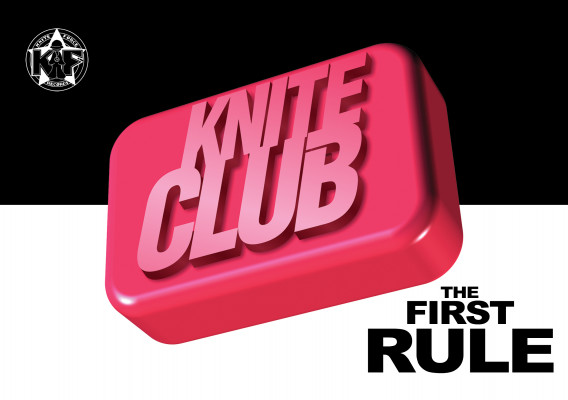 For a long time, I have wanted to do events. And for a long time, people I know, and customers, have been saying to me “Why don’t you do some events?”. But the problem with doing events is they are difficult to organise, and when people were asking that question initially, I was in America.
Since returning to live in the UK, the label has exploded in size and the need for Kniteforce to do its own events became ever more obvious.
For one, and without trying to sound arrogant or whatever, I think Kniteforce is possibly the largest label within the “repress / new old skool music / we really do need a name for this” scene. And with great music, comes great responsibility...or something.
And for two, I really feel we can do something unique. There are some amazing nights going on already, such as Imagination, the Foundations Series, and Pete Cannons Amega Party (link HERE for the upcoming 30th of April one)


All of these are pushing the new sound. But the vast majority of nights for our scene are old skool nights, and obviously I love the old skool, but there is so much more to be showcased than that. Which is exactly what we intend to do! Look, if you are reading this, you know what Kniteforce is like. And let me tell you, this party is going to be very Kniteforcey. I mean, look at the incredible people we are working with?

Can you imagine the line up we have done?

Well, I will tell you this: We have put together a festival level line up for a club night.

I don’t think there has ever been a selection of Djs and live acts like what we have planned, or if there has, it hasn’t been since the earliest days of our scene, and in fact, some of what we have done couldn't have been done back then. Not only that, you know how we role…you can expect things to be very different to the usual way of doing things. We have surprises and tricks up our sleeve that no one else can do. This is because while Kniteforce is entering the events arena, Kniteforce is not just an event promoter. Kniteforce is a record label with the ability to do all the record label things at an event. Think about that.

So if you are on the fence about buying a ticket…don’t be. Buy one. The price right now is an absolute steal. When we announce the first 5 headliners, you will be like “WHAT!!!! AMAZING” and…that’s just the first 5. The second 5 are just as big. And…there are negotiations going on for more.

Basically, if you miss this event, you are missing out on something never to be repeated. So as you, reading this, are obviously a keen Kniteforce fan, I am saying “Please buy a ticket” but also, “please tell everyone” because we want this to be MASSIVE!

Other than putting on a life changing and enormous event with Knite Club, anyone following me on Facebook will have noticed we have had some records delivered. And by some, I mean a hell of a lot. So far, I have filled 3 transit vans with records, and that DOESNT include either the House Crew Box Set or the Daddy Armshouse Box Set, because they are packed into their lovely boxes after arriving in the UK from our pressing plant in France. At a rough guess, I would say we have had about 15-20 thousand records delivered in the last 2 weeks. Its…a lot.

So let me bring you up to speed on the status of the Pre-Sales first!

Liquid - Lethal Bundle / Liquid Album - These are being packed as we speak and many have already been sent!

Jonny L Remixes - These have arrived and will start packing late this week, early next week.

The House Crew Box Set - These are being packed into their boxes, and will start shipping late next week.

Ray Keith Box Set - We are still awaiting shipping notification on this from the factory, but expect that any day.

Baraka Bundle - The Nutty Bass Remixes - These have arrived and are already shipping. We are still awaiting shipping notification from the factory on the The A Million And One EP, but like the Ray Keith Box Set, we expect to hear that is coming any day.

The recent releases, RSR and Out Of Romford - we are packing those from today onwards!

Dj Force & The Evolution Box Set - We have the bonus 12”, but we are still awaiting shipping notification on the rest of this from the factory, but again, we expect that any day.

Daddy Armshouse Box Set - This has NOT been put up for sale, but it is here and being packed into boxes as we speak…

EVERYTHING in this list was due to be pressed and shipped on the 4th of April. It is all just pouring in at a rate that is very difficult to manage. Frankly, we have already filled up our storage space, so the fact some of these haven’t arrived yet is both frustrating and kind of good. But they are coming, so….lets get some of these long awaited records into your hands...

We already have loads of titles on loads of labels in stock, with new releases on Kniteforce, Knitebreed, Remix Records, JAL, KFW and so many more. But because we need the space, and because the Daddy Armshouse Box Set is not yet packed into its lovely box, and because you have all been waiting a VERY long time, we are going to roll out the Hectics on Thursday this week! 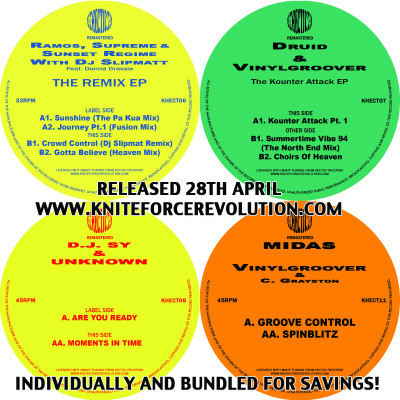 As well as these, we have restocks on Hectic 04 and Hectic 05 which will go live alongside the above Hectic releases, and….well…lots of others too. We have a few found items, such as Breed30 and KF125, but also restocks on:

Not to mention, we new releases from Time Tunnel and Calling The Hardcore, and restocks on Ram, which will also go up in the next few days.

We are going to roll the Daddy Armshouse Box Set out on the 5th of May... 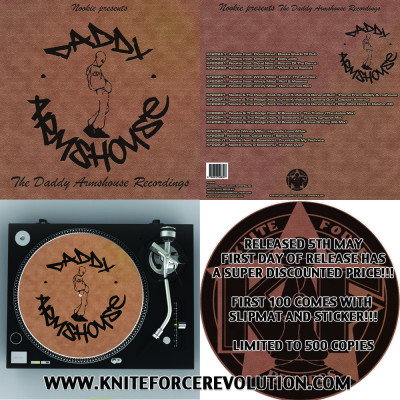 So all in all, a lot is going on! And as ever, huge thanks for the support, and big ups to all of you. And remember, the first rule of Kniteclub is…DO TALK ABOUT KNITE CLUB!