That is a picture of the Box Sets. Not all of them, because we moved loads before we thought to take a photo lol...but yes, they have landed AT LAST. We are getting them sent out now as fast as we can. 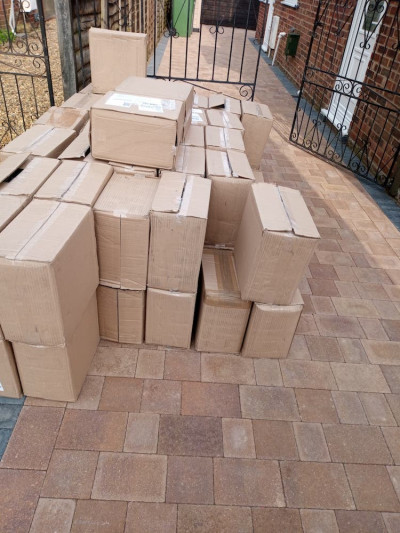 That is a picture of the presale that is about to open on Friday. 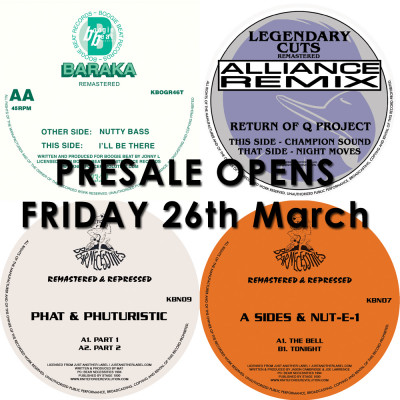 I have to say, as I have said before, I really do not WANT to do another presale after the issues with the Acen Box Set, but realistically, both Covid and Brexit were the reasons for the long delay on the box set. Neither of those things will hinder us too much on this one, we have been told 12 weeks from order to delivery. And besides, I have no choice with the Baraka release. I have had so many enquiries that guessing the right amount to order is absolutely impossible and as I can only do a single run, its either this or people who want it don’t get it and scalpers ahoy.

It seemed to make sense to me to have this preorder going on while we sort out sending the box sets and the incoming KF142 and Breed31 (also due any day). That way people can get their orders in for these 4 releases, and I can get them ordered from the plant but it doesn’t interrupt us packing and shipping the box sets and other missing releases.

It is also true that as we seem to be getting past the issues…a LOT of vinyl is going to be arriving with me in a big heap lol. All of these should have been coming every few weeks since January, but are instead just about to arrive all at once!

Managing this is going to be hard. We do not have infinite storage space, and you guys don’t have infinite wallets. So all I can do is release things in bundles and singles over the next 4 weeks or so, and to give people space, I will be keeping all the releases exclusive to my store for longer. In other words, you are less likely to miss things even if you have to wait a week or four to be able to get them.

As far as I know, in the next 2 weeks we are expecting these to be delivered:

And to reiterate - we will release these as best we can over April and into May. I will also try and do some discounts and etc. But it will be a lot, because there is a lot coming after this…