All the news in the entire world.

This blog should be a bit shorter than usual, because I dont have a new release to tell you about it. Cue the sounds of wallets sighing with relief. But believe it or not, I feel the same way. it has been absolutely manic for months. Getting the new site sorted we a huge amount of work, and then of course we have been handling the Breed bundle and the KFWs on this site at the same time as the Acen / Hectic / Wislov / JDS bundle on Bandcamp and it has been way too much for both myself and Lee to handle.
I think we all need a rest.
There. Did you enjoy it? lol
But seriously, a huge thank you to all of you for the frankly amazing support. Setting up the new site was very much needed…but also, getting people to move to a new site can be hard work. This is why I thought “better do a free record to help people move along” ha ha. But it turns out, people didnt need any help moving along. If anything, so many people moved to our new site that we were a little unprepared. The free record is a case in point. I pressed 200, expecting to shift 100-150 in the first week and sell the rest. Instead it sold out pretty much instantly. However, it was a bit of a mess because a number of people (quite accidentally I am sure) ordered more than one copy even tho it was only one copy per person / order. And that messed up the stock count. And so we lost track of what we had left.
This has meant that some of you will not get it despite ordering it. I am really sorry about that. It was only free while stocks lasted, but it should have run out and been impossible to order once the stock was on zero. Instead it was available when stock was not.
We sold 10 copies as I thought we had more than we did. If you are one of the 10 people who bought it, and you do NOT get it, hit me up and I will refund you.
Big apologies for that mess.

In other news, we have a lot of new music on the way. Check out the ticker for details! I would like to just add a few little notes about things. Yesterday we decided that we will no longer do presales except in special cases such as the forthcoming Acen - Trip To The Moon Box Set. With the speed of things selling, and the amount of stock we are now carrying, it makes life very difficult because people order a presale and also stuff we have in stock, and then that entire order has to wait. Those waiting orders get mixed up with orders that CAN go out, and its just very messy for us and makes for mistakes. So even tho the below image says “Presale In August” , its actually going to just arrive, probably late August / early September: 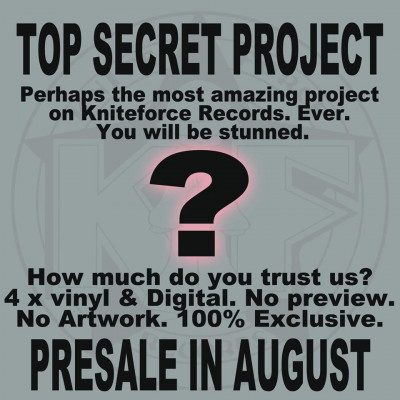 I wanted to talk about this project a bit, but not much. Firstly and obviously, this is NOT the Trip To The Moon box set. Secondly, this project has taken about 6 months to put together, and is truly epic. You know how we roll, I am always mostly interested in doing things that are new, interesting, full of good music and surprisingly amazing. I think I can 100% guarantee anyone who buys the “Top Secret” Project will be seriously impressed. Thirdly, it will be only available on this store, and will remain under wraps until people receive the order. And fourthly, I think the whole thing will be a collectors item. It certainly deserves to be!

I also wanted to mention this: 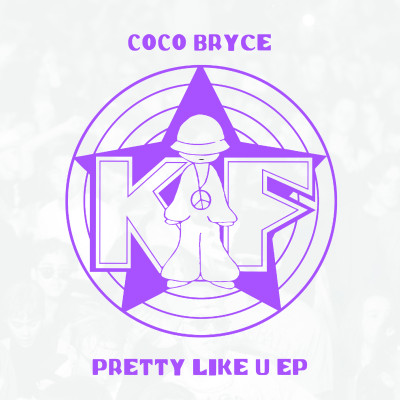 Yes, we have teamed up with the one and only Coco Bryce, one of the two most talented of the new old skool artists around (the other being Pete Cannon of course. If we get a chance, we will get them to do a Coco and Cannon EP, which sounds like some UK 80s comedy duo lol). Anyway, siilliness aside, this is very exciting for everyone, Coco is absolutely brilliant musically, and a damn fine fella as well. He is a skater too, which is probably why we instantly got on like a house on fire. So obviously I bombarded him with remix work (he has already done remixes for Hyper On Experience and…ahem, well, lets leave it there lol) and those remixes are due on vinyl in the very near future. And we decided he simply had to have a KF release as well, so thats what we did! Brilliant eh? The answer is yes, its brilliant. The situation, and the EP. :)

So yeah, check the Ticker for details of more releases…I am gonna be having a small rest for few days here, going to the coast with my family, although I will still be around. And I wanted to mention that if any of you out there are wanting to get music released on vinyl, KF is pretty much full to the brim, but our good friends at Second Drop ARE looking for talent and people who can juggle. To submit music to them, and skittles (for the afore mentioned juggling), just email them here:

And thats all for this weeks blog! BOING!